When You Listen, Customers Listen Back 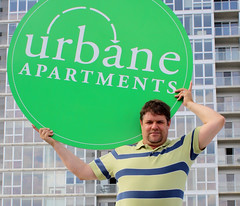 Recently, BusinessWeek asked readers to submit their nominations for the “Voices of Innovation” in social media. Out of all the names that were submitted, they choose four individuals to profile, including Scott Monty from Ford, Beth Kanter from the Sharing Foundation and Noah Brier from Brand Tags.

Now I could easily stop there, cheering for Eric and 30 Lines, saying, “Woo hoo, look at our client in BusinessWeek.” But that’s not the point of this post.

When you get to the end of the article, you can see the comments left by other readers … this is where it gets good. The first comment came from Mark Juleen, another apartment marketer who works for a company in Indianapolis. (Eric’s business is in the Detroit area.) Mark says:

Eric has been a great pioneer not only for social media in the apartment industry, but for changing the stigma of the term “landlord”. It’s not just an apartment at Urbane, it’s an experience…

A nice compliment from a fellow apartment industry professional, no doubt.

But it’s the next comment that shows Eric is deserving of the recognition given to him in the article. It comes from John McCarthy, one of Eric’s residents. Remember, this is the second comment made on a BusinessWeek article:

I live in one of Eric’s Urbane apartments and can vouch for the community feel he has created. A large part of it is his use of social media. I really like the ability to follow on Facebook what is going on with Urbane.

Not a bad sales pitch, eh? It’s only one resident out of hundreds, but it’s a pretty good indicator that Eric’s customers like doing business with him.

The point is that it’s not enough to have a presence in social media. Setting up a Twitter account or a Facebook profile is only the first step. You won’t benefit from these tools if you’re not willing to put yourself out there (or “stand outside in your underwear” in Eric’s terms). If you are finding ways to communicate with and engage your customers, they’ll notice that you’re listening and that you care. They start listening back. And when you’re able to have real conversations with customers that listen back, that’s when your business can really start getting interesting. I’m not sure how innovative that concept truly is, but clearly it’s working for Eric, Scott and the others profiled in the article.

Do you customers listen back? What has it meant for your business? Who else would make your list of social media innovators?